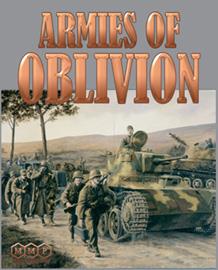 ARMIES OF OBLIVION adds the Axis Minors order of battle to the ADVANCED SQUAD LEADER game system. (Note that for this reprint, a preorder number has been assigned, but we expect to print the module as soon as all components are ready, regardless of whether or not that number has been reached.)

Counters note: We are not including in this reprint the German, Russian, British, and Italian counters that we printed in the original ARMIES OF OBLIVION. We printed the corrected counters for prior modules in BEYOND VALOR 3rd Edition and in FOR KING AND COUNTRY, or will include them in the reprint of HOLLOW LEGIONS. The counters for the German Sturmtiger and SdKfz 10/5 came with prior historical modules, and we printed them in HAKKAA PÄÄLLE!, along with all the new Russian (mostly lend-lease) counters. Instead, we are using that space to print new First Fire counters for optional use that indicate which specific weapon(s) have fired, e.g., First Fire-Inherent, First Fire-MG, First Fire-MA, etc. We hope players will find these useful.

from the original printing of ARMIES OF OBLIVION: 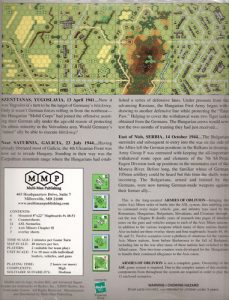 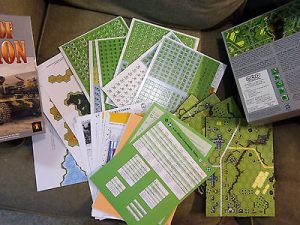 Be the first to review “Armies of Oblivion” Cancel reply