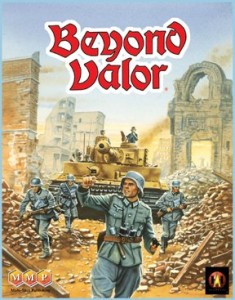 Beyond Valor 3rd Edition Scenario Fixes Beyond Valor 3rd edition contains 24 scenarios that are playable with what is in the box. Scenarios 1-10 are the ten original ASL scenarios, published in the first and second editions of Beyond Valor. Scenarios 123-136 were previously published in other out of print venues (The GENERAL, ASL Annual, or ASL Journal) and are being renumbered with their inclusion in Beyond Valor. Previously identified errata have been incorporated, and some Victory Conditions and Scenario Special Rules have been reworded slightly for clarification. Five of the latter group have been changed to improve play balance and are annotated as updated.

Eight more classic ASL scenarios that are fully playable with only what is in Beyond Valor 3rd edition are available for free download from our website.