I hope everyone had a great holiday and got to spend time with loved ones.  It looks like this is going to be a giant year for ASL with many reprints and new items hitting the market.  Is it possible that Beyond Valor, Yanks, Rising Sun, and For King and Country will all be available at the same time?  According to Luanne, For King and Country is only a few months out so you don’t have to despair or pay extortion e-bay prices thinking that it will be years before it is in stock again. 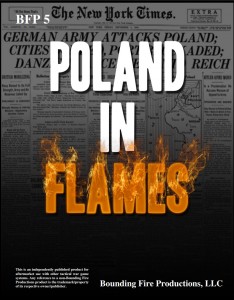 The next run of Poland in Flames that will be going out to the retailers is only days away with the last of the counters in queue right behind BV.   We have sold all three pre-orders that come with the free Polish Battledice. I am working together with Chris Edwards to see if it is feasible to bring his awesome AFV/Vehicle PDF files to print.  We are not sure if these would be released as one massive set or if they would be released in nationality packs.  We will keep you posted.

December’s raffle winner is David Elmore. This months prize is a one of a kind custom coffee mug from the talented hands of Tim Brieaddy at Red Headed T-shirts.  If you didn’t win, no biggie as you have a whole year of entries from the time of your last purchase. 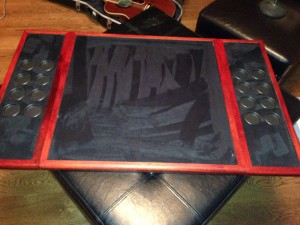 The PzIIIJ Tabletop that was shown almost complete is now finished  and sold to a local ASL player from Cary, NC.  I hope it witnesses many laughs, close games and a few beer stains. 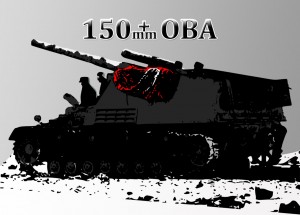 I am getting close to being sold out on the OBA cards.  Alex Key may still have some in the US, Chris may have a couple in Canada, and Xavier may still have a few left in Europe.   After that…they’re gone.  There will not be a reprint made as I think we are very close to the saturation point of interest.

The Sniper/ELR Cards are only missing images from the more obscure nationalities.  Thanks to those of you that have sent me photos.  I will be using them but I still need more, especially from the Allied Minors, Axis Minors, Chinese, French, and Japanese.  If you have some rare sniper photos, please forward them to me at dritter3@triad.rr.com 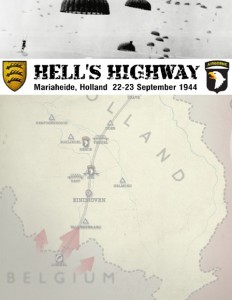 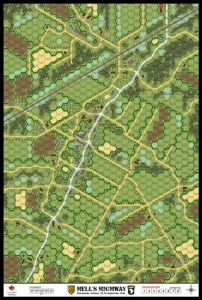 Ian Tuten and I started a campaign game of Hell’s Highway last week.  Ian wanted the Allies and I was happy to take the Germans with their plethora of Panthers and Assault Engineers.  Neither of us knew anything about the battle before now and were pleasantly surprised at the somewhat unique situation of a very strong Panzer unit overwhelming the small Dutch town of Mariaheide only to be relentlessly attacked from two opposite directions by British armor and US Paras, while never-ending swarms of Jabo’s hunt from above.  We ended up finishing the first scenario of the campaign and calling it quits as the US Paratroops were a little too aggressive and got cut off and destroyed just to the South of the town.  I am looking forward to trying this one again.