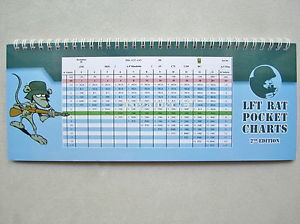 The OOP Rat Charts are on their way to us and will be sent to you with free shipping the day they arrive.  The price is at the ever low $32 Shipping included.

The Drive For St. Lo: 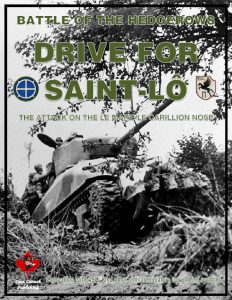 one Canuck Publishing just announced the release of Battle for the Hedgerows: The Drive for St. Lo. This is a complete campaign game map, CG rules, and 5 scenarios for a low  price of just $27.00 There are few ASL comp products that offer as much value as LCP’s CG’s.

Angkorfest 2017 The Book of Five Kings

(1 copy left, as far as I know, these are OOP from LFT).  Box has some damage in shipment from Cambodia to us.

Although the footage of the Spits were quite beautiful, after watching the air to air combat scenes which felt more like a training video for a flight simulator game app for my iphone, I realized even I could have been a fighter ace if the German pilots were this stupid and without skill. The films character development was non-existent. I knew as much about the characters in the first five minutes as I did when I was (happily) exiting the theatre.  One good thing was there was no love story.  For that, they would have needed some dialogue.  At one point, one of the soldiers threatened to shoot one of his one men for not talking enough (no joke).    The beach scenes went from crowds of  10,000 soldiers to 5 soldiers and then back again.  And then there was the ‘hero’ of Dunkirk. Singlehandedly,  this young boy got on a boat, hit his head, died, and ,,, well that’s it.  Next he is in his local paper as the hero of Dunkirk.  WTF?  am I missing something?  I must have gone to get a refill on my $11 bag of popcorn when he beat back a great white shark attack with his Swiss Army knife.  I saw a total of one colonial French soldier which may not seem like a lot until you realize that he alone could have defended against the two German soldiers that made a 4 second appearance at the very end of the movie.   The director made it clear that 400,000 allied soldiers were running from 2 German soldiers with Mausers, 2 Heinkel 111’s, 5 Stukas, 4 Me-109’s, and a torpedo.

*I am not a student of the arts, I am a mechanic, so please consider that I don’t really know what I am talking about.