View cart “Onslaught To Orsha II – Bounding Fire Productions” has been added to your cart.

Note: This item is still at the printer and should hopefully ship to you by Christmas/early January 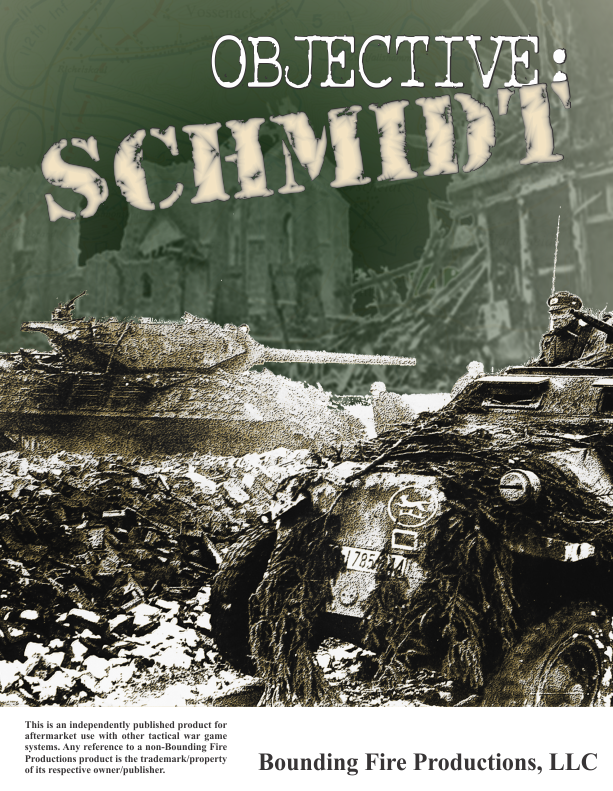 Objective Schmidt depicts the hard fought battles that occurred in early November, 1944 in the Hurtgen Forest by the U.S. 28th Infantry Division for the small towns of Schmidt/Kommerscheidt and Vossenack.

Ownership of the following Hasbro/MMP ASL products are required to play all of the included scenarios: Beyond Valor©, Yanks©