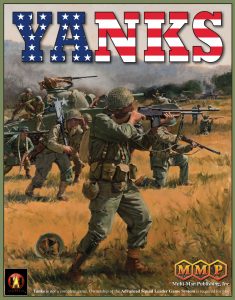 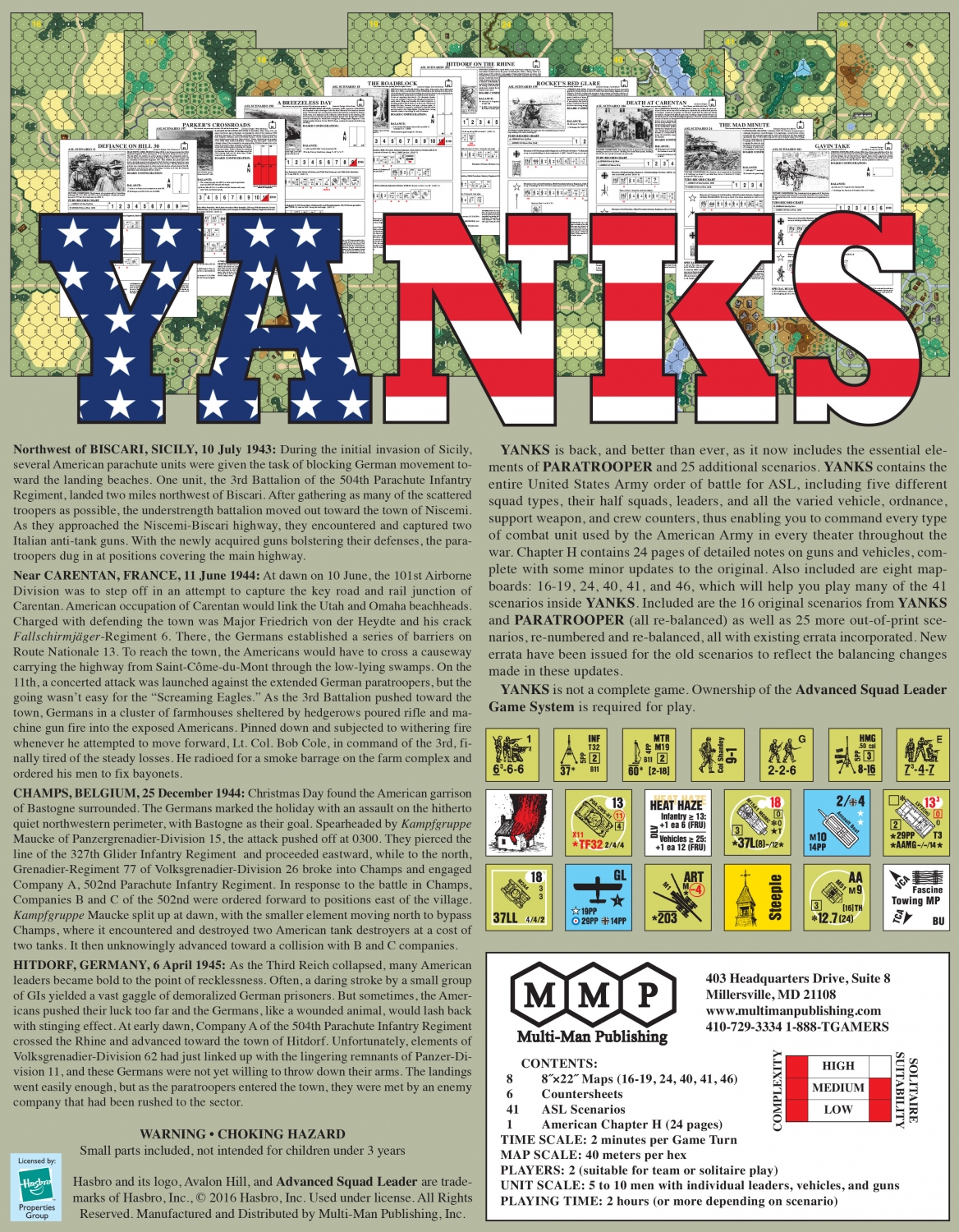 This printing is the same as the 2016 printing.

YANKS is back, and better than ever, as it now includes the essential elements of PARATROOPER and 24 additional scenarios. YANKS contains the entire United States Army order of battle for ASL, including five different squad types, their half squads, leaders, and all the varied vehicle, ordnance, and support weapon and crew counters, thus enabling you to command every type of combat unit used by the American Army in every theater throughout the war. Chapter H contains over 20 pages of detailed notes on the guns and vehicles, complete with some minor updates to the original. Also included are eight mapboards: 16-19, 24, 40-41, and 46, which will help you play many of the 40 scenarios inside YANKS: the 16 original scenarios from YANKS and PARATROOPER (all re-balanced) as well as 24 more out-of-print scenarios, re-numbered and re-balanced, all with existing errata incorporated. (New errata have been issued for the old scenarios to reflect the balancing changes made in these updates.)

YANKS is not a complete game. Ownership of the Advanced Squad Leader Game System is required for play.

ASL Journal 11 lists the balancing updates incorporated in these scenarios.
ASL Journal 12 lists some errata to that list (the updated scenarios are OK).

Be the first to review “Yanks 2nd Edition 2022” Cancel reply