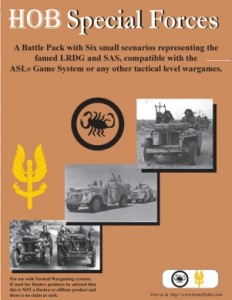 The first installment in a series, which will focus on Special Forces from a variety of Nations, set in World War 2. Special Forces 1 focuses on the British SAS and LRDG exploits against the Germans and Italians in the North African, Mediterranean and European theaters.

Included in the Special Forces 1 pack: