Ost Front 3 from Lone Canuck Publishing is in the mail from the great white north.  I will be shipping as soon as they arrive.  Jonesing for something new? At $10.80 with free shipping, this is your inexpensive ASL fix.  Also available is the Ost Front Trilogy at a special discounted rate. 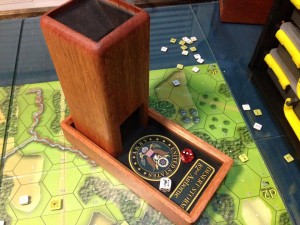 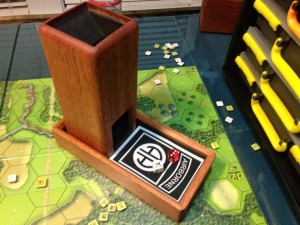 This is the dice tower for Walter McWilliams with custom interchangeable graphics.  There will be two more of these posted for sale in the coming days.

The awesome Le Franc Tireur Deluxe Pack #1  with it’s fantastic artwork and great scenarios breathes life back into Deluxe Advanced Squad Leader (the same life that we take away from it with this horrible video).  Tim and I decided to try our hand at one of the PTO scenarios pitting Americans against Japanese.  I set up as the Japanese without reading the special rules converting the bamboo and jungle into coconut groves.  Tim did read the rules and informed me after I set up but I decided for the sake of keeping the ball rolling to leave my set-up as it was and see how it played out. 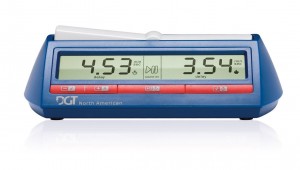 With a late Christmas present of a chess clock from Charlotte ASL player Jeff Jordan, SPASL (Speed ASL) has entered the 21st century.  You can see all the action of this clock is use in the above video replay of FT200.

Desperation Morale has finally caught up on all (?) of the newest ASL products including our very own OBA Access Cards (less than 20 sets remaining for sale).  For the most part, I think it was very flattering and accurate (although he did refer to the cards as being printed on card stock and not pvc.