In our recent poll, we asked you what teaching video you would most like to see. Tanks101 was the clear winner with 41% of the vote so here it is.  Please keep in mind that this is 101…just the basic concepts for the absolute beginner.  I hope to make more soon which will include much more information including overruns, close combat, Smoke, and tactics.  After watching this video, you may find it useful to watch the video of Tim and I playing scenario T2 ‘The Pumas Prowl’ which is a good AFV only scenario.  You can download the PDF of scenario T2 and others for free at MMP’s website by clicking on Support -> ASL/SK -> ASL Official Downloads ->Scenarios from ASL Classic. 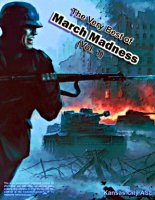 We have received limited quantities of ‘The Best of March Madness Vol. 1’.   Dave from Kansas City ASL tells me that he probably won’t have any more to sell me after these are sold out.  The pack retails for $20.00 and contains 15 of their greatest scenarios.

Friendly Fire: We just got in an order from Sweden and now all scenario packs including #6 with the ASL Geo Mapboard is in stock.  I am offering the entire set at more than 10% off with free shipping or you can pick up individual packs with free shipping as well. LOW INVENTORY WARNING: Crucible of Steel is going the way of ‘Blood and Jungle’ and ‘Into the Factory’.  This one of a kind gem is almost sold out and out-of print.  If you can get your hands on one before they all disappear from everywhere except for extortion-bay, I grab it now.  Although I am already sold out, BFP still has a few copies.

Up until now, Ritter Krieg has only been accepting orders through Paypal.  We are now able to process credit cards over the phone.  If you would like to place an order using your credit card, you may phone in the order between 8:00am – 10pm EST seven days a week by calling me (Derek) at 336-462-4035.

Korea – in time for the 40th anniversary celebrations of Kim Jong Un Decathlon win at the Montreal Summer Olympics. 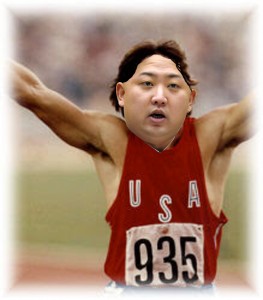